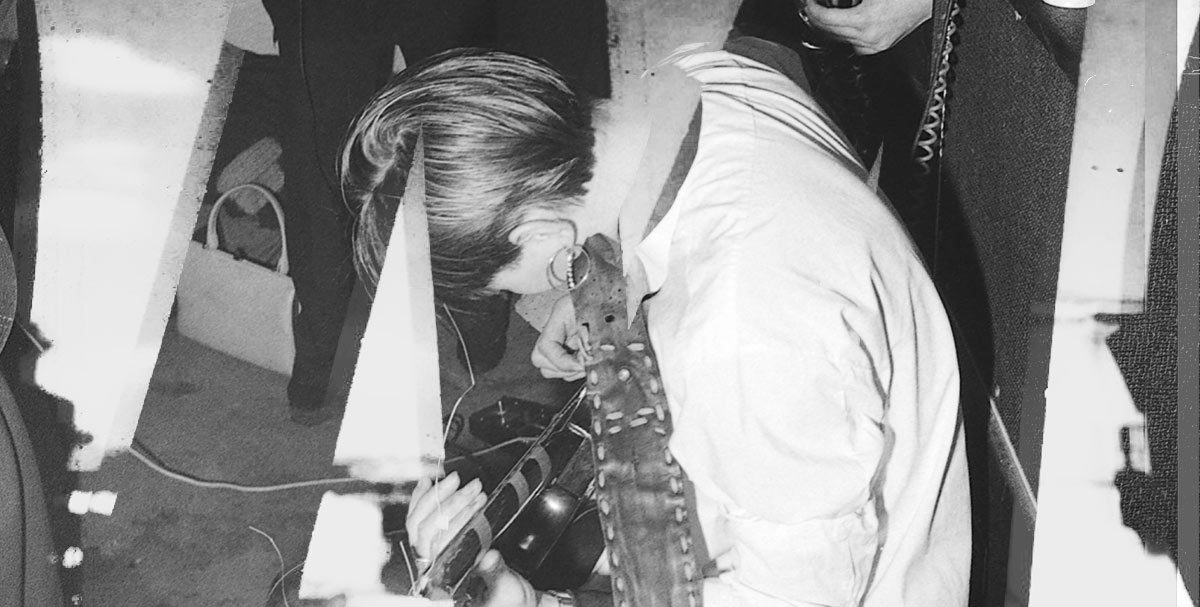 In the evening, laughter, clatter and shouting resound from a cellar on Paul-Lincke-Ufer. in a city which no longer exists. In this subterranean wooden shack, Mania D. are experimenting with sounds and grooves. Their first joint Werkstatt becomes the big bang of a new self-understanding of women in German music. The rhizomatic source code of the resulting multiverse is now revealed for the first time: The opulent 96-page catalogue M_Dokumente (Ventil Verlag) with an introduction by Diedrich Diedrichsen presents photos, documents, original sounds, interviews and current testimonials. Two new M_Session albums (Monika/Moabit) feature rare recordings by Mania D., Malaria! and Matador and new versions from Monika Werkstatt depicting the past, present and future of the M_Multiverse. The documents will be leaked to the public at a four-day festival weekend at silent green – rounded off by a discussion panel, video artefacts and live concerts and DJ sets.

Mania D. is founded in August 1979 by Bettina Köster, Gudrun Gut and Beate Bartel as the core cast, plus Karin Luner and Eva Gössling. Their hometown, West Berlin, is a grey place, enclosed by the Wall, full of wastelands and bullet holes from the war, brittle and dreary – far from the centers of power and exploitation streams that characterize the cityscape in many places today. Riots, squatter demonstrations and evictions dominate everyday political life. There is a diffuse fear of nuclear war. This is the bell that hangs over West Berlin. “The world is going to end – come on, darling, let’s go dancing” is how Mania D. sum up the mood and their relaxed attitude to it. A rare live recording of the track “Die Welt wird untergehen” and the new dancefloor version by Monika Werkstatt, which sounds like a soundtrack to our present, can be heard on the new M_Sessions albums. 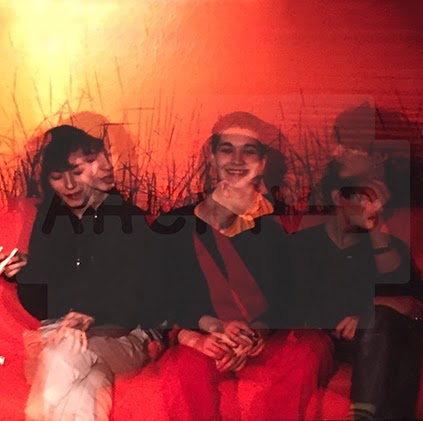 In West Berlin’s dystopia, conscientious objectors, students, artists and drop-outs from the well-kept small towns and front-garden settlements of the West German provinces are seeking alternative lifestyles in a rent-controlled apartment for 80 marks or in one of more than 100 squats. However, the hippies’ urge for self-fulfilment and green eco-esoterism are just as alien to the young women as the endless flat-sharing debates about washing up and class consciousness. They want action, not talking. Something wants to be born – and it’s bloody and screams.

Shortly after the initial basement sessions they already have their first live performances, and by autumn of 1979 the new Teutonic sound from Germany can be heard in New York, where the NoWave scene has paved the way for their experiments. A big gig at the women’s festival in the Berlin gay disco Metropol in July 1980, however, turns into a scandal. Their androgynous look, their short new-wave hair-do, combat boots and breeches as well as their atonal-ecstatic grooves are met with utter incomprehension. They are booed, insulted as Nazis. A brawl breaks out in the audience. “They must have expected a flute concert” Gut remarks dryly later. Their new forms deconstruct gender clichés reducing authentic female expression to ethereal soulful singing with a guitar and a candle. Mania D. are somewhere else entirely. Where it hurts.

Just as spontaneously as the band came into being, Mania D. is already disbanded in December 80. Identities remain fluid, constellations are tried out and mutate into new structures. Bartel moves on to produce the underground hit “Los Niños del Parque” together with Chrislo Haas and Krishna Goineau as Liaisons Dangereuses, a highly credited influence in Chicago House, Detroit Techno and EBM. Shortly afterwards, she continues her long-lasting collaboration with Gudrun Gut – and Manon Duursma from Nina Hagen’s project O. U. T. – on the studio project Matador. Duursma also collaborates with the new formation Malaria! founded by Gut and Köster in 1981 with Christine Hahn and Susanne Kuhnke. The more song-oriented Mania D. mutante became the internationally most successful German all-girl band to this day.

With her tremendously versatile, often rough, dark voice and initially German-language lyrics, Bettina Köster develops a sensual, painful, sometimes funny and occasionally disturbing language interweaved with the danceable Malaria! grooves. This still causes shock waves 40 years later. Their track “Geh duschen – ab in die Fabrik” (take a shower – off to the factory) stages the German perpetrator grimace – and at the same time, with an subsequent “wait, I’m coming along”, enters into a togetherness that does not exist. Their worldwide success “Kaltes klares Wasser” (Cold Clear Water), on the other hand, lets cold, clear, masculine-analytical water run sensuously over hands, arms, legs, thighs and breast. Malaria! fuse the cool, crypto-soldier man-machine of contemporaries Kraftwerk with oceanic feeling and feminine physicality. In this act of appropriation, the rigid corset of gender clichés liquefies. This is a core of the emancipatory shake-up that the three M-bands trigger.

Despite hundreds of concerts played worldwide between 1981 and 1984, John Peel sessions, and documenta appearances, Malaria! remain distant from the record industry. The male guardians of the distribution networks shudder at the wild, phallic uber-women who most possibly even whip men – despite even their most tender words of devotion. Male humiliation fantasies that the women playfully deal with. After all, the goal has never been to become a marketable product in a world of ethereal guitar Gabis, patronizing label policies and casting bands.

Instead, under the loving care of Gudrun Gut, their own autonomous label structures emerge with Moabit Music and Monika Enterprise, with numerous releases from projects like Contriva, Cobra Killer, Barbara Morgenstern and Gut herself. And finally, Monika Werkstatt, as an open production and experimentation laboratory, carries us into the present and the future. Because the goal was, is and remains to change the world. Decades after the last sounds of Mania D., Malaria! and Matador have faded away, the women’s Werkstatt is still humming, rumbling and crashing.

The project M_Dokumente focuses on the explicitly female perspective of the all-female bands Mania D., Malaria! and Matador on the West Berlin music and art scene of the late 1970s and 1980s with a long festival weekend from October 21–24 at silent green. 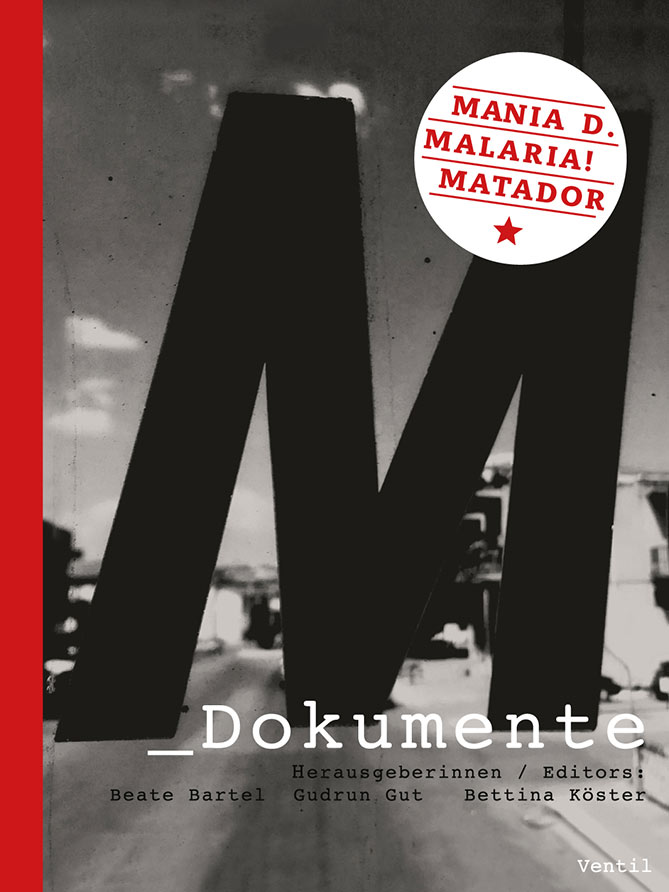